‘Am I ready for a one-on-one?’ LeBron James ACCEPTS challenge from Novak Djokovic as tennis ace shows his love for NBA

At the end of a week in which he has received criticism for his carefree behavior in the pandemic and leadership of the Player Council, Novak Djokovic has enjoyed his latest brush with NBA royalty in an exchange with LeBron James.

World number one Djokovic filmed himself dribbling a basketball between his legs before successfully dispatching an eye-catching shot on an indoor court, asking Los Angeles Lakers forward James: “Am I ready for a 1:1?”

Sixteen-time NBA All-Star James was suitably impressed, laughing as he replied: “I’m going to say I think you are. Beautiful follow-through on that shot, buddy.”

A huge basketball fan, Djokovic scored from a similar distance before a Lakers game after meeting members of the team including Kobe Bryant in their locker room in 2015.

Ha! I’m going to say I think you are!! Beautiful follow-thru on that shot buddy! 💪🏾🙏🏾👑 https://t.co/fMUocbVMRL

In April, he asked James to join his All in Challenge which offers tennis fans the chance to win extraordinary sporting experiences in return for charity donations, and he was devastated when Lakers legend Bryant, who he had described as a mentor, died in a helicopter crash earlier this year.

“He was one of the people who was really there for me to give me some very valuable advice and guidelines to kind of believe and trust in myself,” he said of Bryant before his tragic death, recalling how the basketball icon helped him through significant injury problems that led him to doubt his future.

“I’m very grateful to him for being there for me, for being very supportive.”

Djokovic’s exchange with James came at the end of a mixed week for the Australian Open champion, who was criticized for holding his Adria Tour tournament in front of thousands of people in his native Serbia without observing any of the safety measures being observed in most parts of the world during the pandemic.

He said he was “very glad” at news that the US Open is likely to go ahead as scheduled from the end of August but has questioned the stringent restrictions being planned for this year’s tournament and drew a sarcastically withering response from US player Mitchell Kreuger.

The president of our so-called players council ladies and gentlemen!!! https://t.co/r20H5dcKKw

“The president of our so-called Player Council, ladies and gentlemen,” wrote Mitchell after reading Djokovic claim that the participation of all players and loosening quarantine restrictions at the Grand Slams should be the collective priority.

“As the president, he has the responsibility to make sure all tennis players’ voices are heard,” said Kreuger. “That is where it has been a complete failure.”

Djokovic had planned to offer two fans a trip to New York for three nights, but that is unlikely to be possible at a tournament that is almost certain to take place without crowds in a city that has been at the epicenter of the COVID-19 outbreak in the US.

Despite the inevitability of a markedly different tournament this year, the US Tennis Association, which is under considerable financial pressure, appears to have won the blessing of political leaders to hold the Grand Slam, with New York governor Andrew Cuomo backing measures to ensure player safety this week. 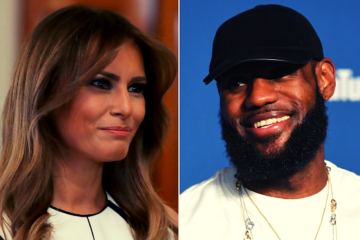 During a live interview with Don Lemon on CNN, NBA star LeBron James accused President Trump of using sport to divide the country. Hitting back, the president labelled him “unintelligent”, despite the fact that Lebron was opening Read more… 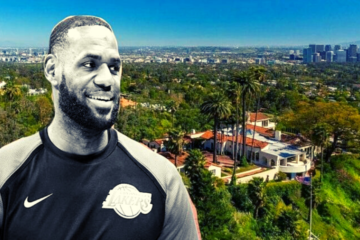 When LeBron James went to join the Lakers in 2018, it wasn’t exactly shocking. As James plays out the closing years of his career, his post-basketball life continues to become a matter of concern. Where Read more… 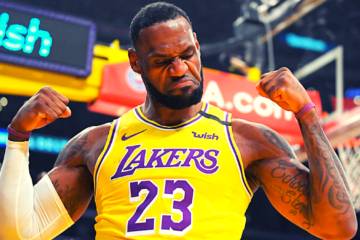 LeBron James is one of the best basketball players ever because of his combination of court vision, strength, speed, athleticism, and leadership. The fact that he went to eight straight NBA Finals from 2011-2018 remains one Read more…